The use of knowledge is power. Get the knowledge you need to succeed.

Learning to Fully Engage your Readers

Today’s the Day You’ll Transform from Blogger to Copywriter

The neighborhood I grew up in had about 200 acres of woods on the outskirts, which was basically every growing boy’s definition of awesome. I can remember building tree forts and the smell of the campfires and so many other things that most kids never get to experience- like the time I was being hunted against a true alpha predator.

I bet you didn’t see that coming, did you?

At twelve years old, I definitely didn’t either.  The neighborhood kids and I were running through the woods playing hide and seek… our favorite afternoon pastime…and I ended up drifting way off our typical beaten path.   After a few minutes, I came across this small pond that was sunk way down in the Earth on three sides; almost as if it were a crater from a meteor.  And from the murky depths, there were these spooky glowing red eyes watching me from beneath the surface.

Do I have your attention?

Good, that’s what a solid writer is supposed to do.  We tell stories to our readers and draw them in, so that by the time we get around to talking about our clients…the reader is like putty in our hands.

By the way, I promise to finish my story – just not right now.  We have some work to do first.

So let’s talk about engaging your readers.  I told you a few lessons ago it’s critical to completely hook your readers within the very first paragraph.  We do this for a number of specific reasons-

Can you see why I started this lesson off by talking about the closest I’ve ever come to death?  It’s just one of those topics that fascinates your mind and urges you forward.  It’s the same reason we watch all those stupid videos on Facebook as well- we just have a morbid curiosity about things we can’t control.

Then again, there are hundreds of ways to engage your readers- storytelling is just one of them.

So to make a long story short, I was running too fast through a muddy section of the woods and slid straight down a 10 foot cliff to the pond’s edge.  That’s when the alligator first emerged.  This beast was huge; easily 800 pounds and a full four feet across, with a massive tail and what seemed like 10,000 razor-sharp teeth.  And there was no denying it; his eyes were completely locked on me.  I was going to be his afternoon snack.

But the alligator didn’t come straight at me…at least not at first.

I can still remember that it had rained earlier that day as well, because the embankment was pure mud and there was no way to climb it.  So I couldn’t go up and I definitely wasn’t going to try to circle around the massive creature; there were far too many limbs and dead tree branches in the way.  So all I could do was stand there.  Every nerve in my body was telling me to run, to scream, to do something. Yet I was frozen with terror- I knew that I was about to die and there was nothing I could do to change my fate.

I can still feel the warm water around my ankles and smell the pungent stench of the mud. Every detail of what happened, every second of time that passed; I can tell you exactly what I was feeling in those dark moments. It will never go away. Let’s get back to today’s lesson.

If you look back at what I’ve written about my experience so far, you can see that I intentionally kept it off-balance to make the excitement high.  You have no idea what to expect.  Will the alligator cripple me?  Will I somehow kill it?  I’ve carefully danced around those details to keep you engaged.

You should do the exact same thing in every article you write for iWriter; deliver sentences that tie together beautifully and make the reading effortless.  But more than that; make each word bring the reader closer to you.  Take control.  The more someone can relate to you, the harder it draws them in.

For example, the very first paragraph on this page states that I was, “being hunted by a true alpha predator.”  That was my initial hook.  What kind of animal was it?  What happened?  Our minds create all of these questions that just have to be answered.

Don’t believe me? Let’s try an opening paragraph about homeowner’s insurance. “People only think about their homeowner’s insurance at two distinct points in their lives- when the premium is due and when they have to submit a claim. Its great news if you’ve never had to worry about the latter like an average 194,634 annual US residents. But does your policy sufficiently protect you in that worst case scenario? Don’t answer too quickly. Every year, over 59% of those 194,634 wish that they had double-checked their policies before it was too late.”

Now, that may not sound as exciting as a 12 year old kid fighting off an alligator, but that’s probably because you’re not looking to buy homeowner’s insurance.  If you were on the market for it and came across something that strong, there is absolutely no way that you wouldn’t continue reading.  Let me tell you a few reasons why-

The point I’m trying to make here is that you can’t fake engagement; either you earn it within the first couple of lines or you don’t.  And if you give yourself a little bit of time to prepare and find a unique angle, there’s an amazing hook out there for everything.

Now let’s finish my little story about coming face to face with an angry gator. When the alligator finally got tired of watching me, he shot out of that water like a cannon. It was unbelievable how so much mass could seemingly defy physics and actually gets airborne, yet there he was shooting towards my body in a blink of an eye. The predator came from the far side of the pond at amazing speeds without the slightest hesitation.

Only one thing saved my life…the fallen tree branches that just happened to be in the water.  When the gator’s belly hit a jagged log, he almost immediately came to a stop, retreated a few feet and then lunged at me again.  But by then it was too late.  I heard what sounded like an explosion directly above me…it was a complete stranger with a wicked 12 gauge shotgun.

I say wicked because it shot out fire for at least three feet, and he lit that gator up with every last shell in the magazine. The sound was deafening. BOOM! BOOM! I honestly think the sound scared the gator more than the ammunition hitting him did. How did the stranger find me in time? To this day, I still call it divine intervention.

It was actually a neighbor from a different housing development who took his dogs out to run through the woods in the late afternoons.  Evidentially, his Golden Retriever saw me fall and brought his owner straight to me…and the older fellow always carried his shotgun in case of finding a rattlesnake.  Truly divine intervention.

Anyway, hopefully you enjoyed the story and today’s lesson.  The final chapter will be headed your way any day now, and I promise not to hook you with any more near-death stories any time soon.

This site uses Akismet to reduce spam. Learn how your comment data is processed. 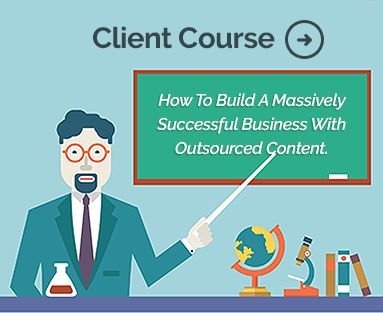 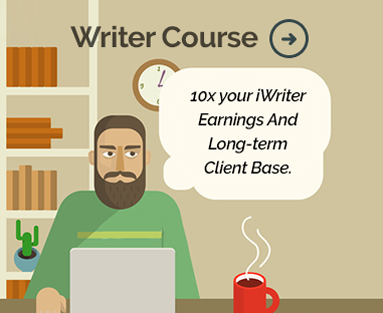